Having a great time here in Spain! Yesterday we finished our tour of Andalucia and flew to Catalunya … now we’re in Girona. It’s a breathtakingly beautiful city! Here are some iPhone snaps from Girona plus a few places we visited last week.
Tomorrow we’re off to explore the Costa Brava!

More quick iPhone snaps from Spain. (The “real” photos will come after I get home!)
Having a great time here! So far we’ve visited Seville, Cordoba, Jaén, Granada and we’re now in Ronda.
My client is making great photographs … leading this private tour has inspired me to consider a group workshop here in Spain, maybe in 2015.
Any interest? 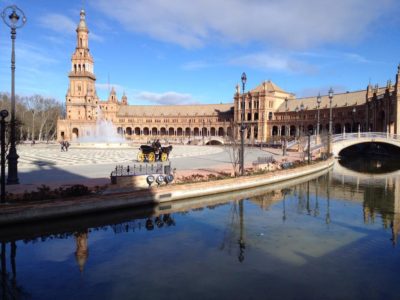 Start of 2014 Photo Tour of Andalucia and Catalunya, Spain

First day out shooting in Seville was fantastic! Client made some brilliant images and I snapped a few too. Here are some pics from my iPhone. We’re staying at the Hotel Alfonso XIII-it’s beautiful! Lots more photos to come soon.

Want to supercharge your photographic skills?

Subscribe to Photographic Design Workshop to receive email with free tutorials, pro tips and special offers on our photography training programmes. You'll also get a free copy of 5 Creative Exercises for Developing Your Creative Vision.

You can unsubscribe any time.